On the 1st of November 2017, the 166th anniversary of the Veterinary service of the Serbian Army, 70 year anniversary of Veterinary Service Centre and 60 year anniversary of the Dog training breeding and dressage service were marked at the ceremonial gathering at the Garda House in Topčider. Representatives of the Institute of Meat Hygiene and Technology Dr. Nenad Parunović, Dr Dragan Milićević, Dr. Ivan Nastasijević, Dr. Zoran Petrović and Dr. Branko Velebit attended the celebration in which the lieutenant colonel Predrag Maslovarić presented the Institute with a gratitude note for successful cooperation. Dr. Nenad Parunović, Assistant Director for Biotechnological Development, has received the gratitude note you on behalf of the Institute and thanked all for this honour. 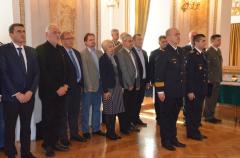 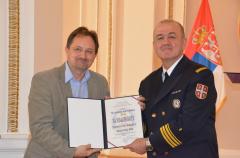 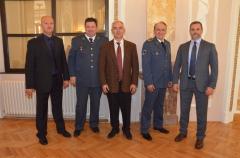